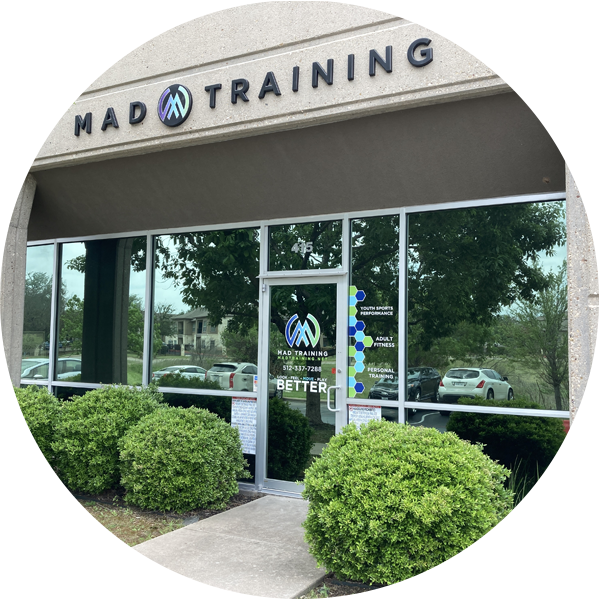 We are a family-friendly fitness studio specializing in youth sports performance training and adult fitness.

The goal at MAD Training is to help our clients achieve their fitness and performance goals through sound training programming and outstanding interpersonal relationships. We want our clients to develop a lifelong love of physical activity and wellness long after their athletic careers are over.

If you’re looking for tangible results in the way your child plays sports or the way you look and feel, give us a call today! 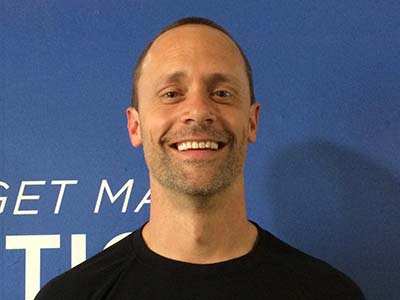 Tim Meyer has been involved in the strength and fitness industry for almost 10 years. He has a BA in Psychology and a M.S. in Kinesiology, and has certifications through the NSCA, USAW, Cooper Institute in Dallas, TX, United States Soccer Federation, TRX Suspension Training, Functional Movement Systems, and YogaFit.

He began his career while studying at the University of North Texas where he instructed weight training courses while completing his Master’s Degree. At the same time, he also served as an intern strength and conditioning coach at Southern Methodist University. While at SMU, he worked with the men’s soccer team, the women’s volleyball team, the women’s basketball team, and the entire swim program.

After graduation, Tim moved to Austin and began working for CATZ Sports in January of 2006. During his time at CATZ, Tim served as the Assistant Director of Performance and was responsible for training youth performance and adult fitness classes. He was fortunate enough to work with hundreds of fantastic individuals all looking to improve their fitness or their on-field performance.

In 2009, Tim was hired by the Austin Aztex Football Club and served as their Fitness Coach for the 2 years they played in Austin, TX. Tim was a part of the coaching staff and was involved in planning the team’s weekly training sessions, both on and off the field. Tim would train the players in the gym as part of their performance training, was present at all home games for warm-ups and cool-downs, and also consulted them on nutrition and fatigue recovery strategies.

In the spring of 2011, Tim decided that it was time to launch his own training venture and Meyer Athletic Development was born. Since then, MAD Training has grown steadily. During this time, MAD has worked as a Dryland Training Partner for Nitro Swimming’s top youth competitive teams, even accompanying several athletes to the 2016 U.S.Olympic Swim Trials. In 2018, MAD partnered with Lonestar Soccer Club’s Girls’ Development Academy program and provided speed and strength training to national level players ages 11-18.

In his free time, Coach Tim enjoys workout out, playing guitar, spending time with his wife Terrie and their 2 pugs Roxy and Summer, and following Alabama football and Chelsea Football Club in the English Premier League. From an early age, Austin was exposed to sports such as baseball, basketball, skateboarding, football, motocross, ping pong and many others. Having an active older brother and sister meant that he had many opportunities to be involved in different sports. He began playing baseball and basketball at the age of 5 and encountered many positive and negative coaching experiences throughout his time as an athlete. Utilizing these experiences, he now understands what separates a good coach from a great coach in the eyes of an athlete.

Austin decided to turn his hobby of fitness and athletics into a career, receiving a Personal Training certificate from the National Academy of Sports Medicine. From there he began work as a personal trainer at a commercial gym located in Southern California. Although he learned a great deal about training, he noticed the type of training done in a commercial setting was not what had originally sparked his interest.

After learning of Tim Meyer and his training philosophies at MAD Training, Austin remembered the impactful coaches he was fortunate to meet as a young athlete and recognized his own ability to have a positive impact on youth athletes. Now, Austin conducts the youth group classes at MAD Training, while also working 1 on 1 with individuals to ultimately exceed the goals they have set for themselves. 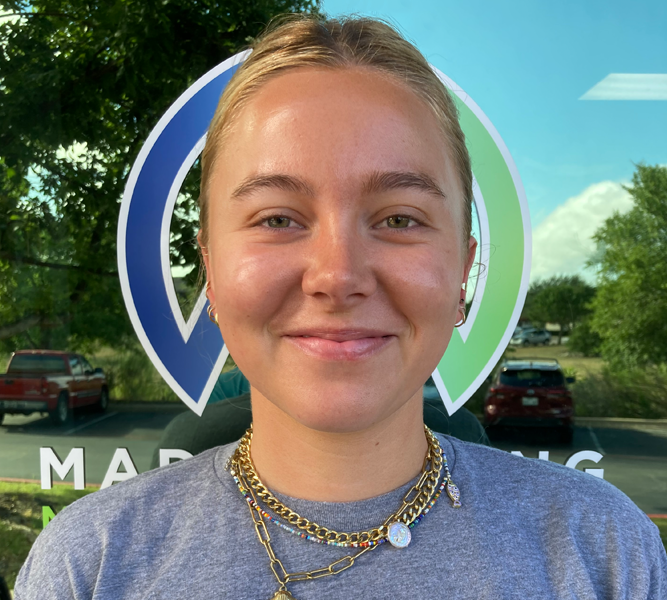 Growing up, Marion was a multi-sport athlete, playing soccer, softball, cross country, track & field, and lacrosse. She continued playing lacrosse through high school and college. Marion graduated from the University of Texas with a degree in applied movement science and a specialization in medical fitness and rehabilitation.

Having suffered 3 ACL tears over her years as an athlete, Marion understands the mental and physical challenges of going through a major injury and surgery.

Marion has worked as a physical therapy technician at Austin Sports Medicine, and a middle and high school girls’ lacrosse coach for St. Andrew’s. She is passionate about injury prevention and making sure people are comfortable with their bodies. She wants her clients to be living a life in a body they know and understand and believes that is an important part of mental and physical health.

In her free time, Marion enjoys painting and drawing, cooking, playing lacrosse, and being outside. She loves eating good food and is open to restaurant suggestions.